O villain, villain, smiling, damnèd villain!
My tables—meet it is I set it down
That one may smile, and smile, and be a villain . . .
–Hamlet, Act 1, Scene 5

Hamlet, having just been told by the ghost of his father that his uncle, Claudius, killed the King and took his wife, is wrought by grief and anger. He grabs his “tables”–writing pads–to “set it down,” a reminder that anyone could be a villain. They may “smile”–appear to be good–but they are, in truth, under that thin veneer, villainous.

So how do you identify a villain? The last person to ask would be Hamlet, let me tell you, mommy issues aside. Dictionary.com defines the term “villain” as a “cruelly malicious person who is involved in or devoted to wickedness or crime,” which is a cruelly and maliciously lacking one-sentence definition for so broad a universal concept as The Villain.

But it got me thinking: what can be done to provide a better understanding of what villains are? Well, as my high school English teacher Mrs. Stegman (aaargh!) would no doubt insist: provide examples. To this end, I’ve rounded up the team at Always Sometimes Villains to talk, 1-on-1, about who their favorite villain is and why, so that we might further uncover the iceberg definition of a villain. First up: Staff Writer and Space Sunday columnist Jeremiah Holland.

As I did with all the other interviewees, I gave them a couple days head start to get them really thinking about their answers. I asked them all the same preliminary question: “Who is your favorite villain?”

*Note: For those of you who don’t know Jeremiah, he’s about two symptoms shy of genuine psychopathy. Also, I let him rant a little bit at the beginning of this interview, just so you know.

JEREMIAH: So I pondered the question. I thought of things like Starways Congress, because I felt like I should pick something from the EnderVerse [the sci-fi universe of Orson Scott Card’s Ender’s Game]. But they aren’t my fave.

Then my mind shifted to some popular ones–like Frieza [of Dragon Ball Z] and Voldemort–but even they aren’t my favorite either. They are very, seem to be, single-minded.

And then I thought of super villains of course! I thought of Dr. Doom, the Joker, Loki. they are cool, but I was still missing that attachment. I needed more! Then of course there’s someone like Darth Vader, whose character just reaches out to you, you connect! You see his strife and feel him.

But then it struck me! Ender’s Game, like my favorite book ever, who’s the enemy in that, the villain? I tried to think hard on that, and I’m no super philosophical type, so it’s hard. The military? Human preservation, fear of the unknown, mankind, even Ender himself?

I really don’t know, but I definitely feel a strong connection with that book. Sooo, I wanted to pick something that I could feel on multiple layers, one with which I have a good connection, one who has his ups and downs, good and bad qualities. Then it hit me!

PHILIP: This topic seems to be hitting you a lot.

JEREMIAH: Like a truck! Teyrn Loghain Mac Tir from Dragon Age. He has like, all those qualities. He serves as the “secondary” antagonist of the story, but to me, the darkspawn and their leader, the archdemon, were more of a backdrop of the fantasy world.

PHILIP: Tell me about this Loghain.

JEREMIAH: Loghain was a Teyrn of Ferelden. [“teyrns” are a high position of Ferelden nobility/royalty. Think “jarls” in Skyrim] He loved his country, and was driven by that love. He defended his king and cared for his daughter. But he was also losing a war. He did a lot of wrong things, but for good reasons. For the greater good!

He may have seemed like a baddie that just hates you [the player] but if you look further he has a lot of good drive; there are good qualities but they are . . . shifted.

PHILIP: I believe “skewed” is the word you’re–

JEREMIAH: I think he serves as a great antagonist for my favorite game. Plus, if you recruit him and have him deal the killing blow to the archdemon, he has a pretty epic moment, a great line: “Please, I’ve done so much wrong. Allow me to do one last thing right.” As he says this, he kills the dragon, and his life is ended in the process.

Even after he is defeated and ousted from power, he seeks redemption and acts to serve Ferelden. After all that–Loghain is my favorite villain. Settled!

PHILIP: What would you say to a person who thinks Loghain is a washed-up, goody two-shoes?

JEREMIAH: Hmm. He is a patriot of Ferelden. He does what he deems is right, and I think most of his choices reflect that.

PHILIP: So what I’m hearing is that you admire Loghain’s persistence of his own ideals–in other words, he does what he thinks is right.

PHILIP: What makes this a preferable quality in a villain?

JEREMIAH: I think it makes them more relatable. It works well if their ideals seem to mean well–like Loghain acted for what he believed to be the good of Ferelden. But if it were to be, say, Red Skull from Captain America–he does everything just for personal gain and advancing himself. Its preferable if they aren’t the typical, kill-all-enemies bad guy.

PHILIP: I see. So, hypothetically speaking, if you and Loghain had to be sworn enemies in the world of Dragon Age, how would you defeat him?

JEREMIAH: There’d be a big show, a big spectacle. I would do it in front of a crowd. Make him admit to his questionable actions, then probably knock him out.

PHILIP: You wouldn’t kill him?

JEREMIAH: Well, if I didn’t know about all the steps he took, I probably would. In my first playthrough of Dragon Age, I killed him, and his final speech made me question my choice a little, but by then I was already determined that he was a force not to be let loose.

PHILIP: What do you mean, “a force not to be let loose”?

JEREMIAH: Like, I felt that if I didn’t kill him then, he would come back to hurt me.

PHILIP: So like, Mace Windu saying to Anakin about Palpatine, “He’s too dangerous to be left alive!” 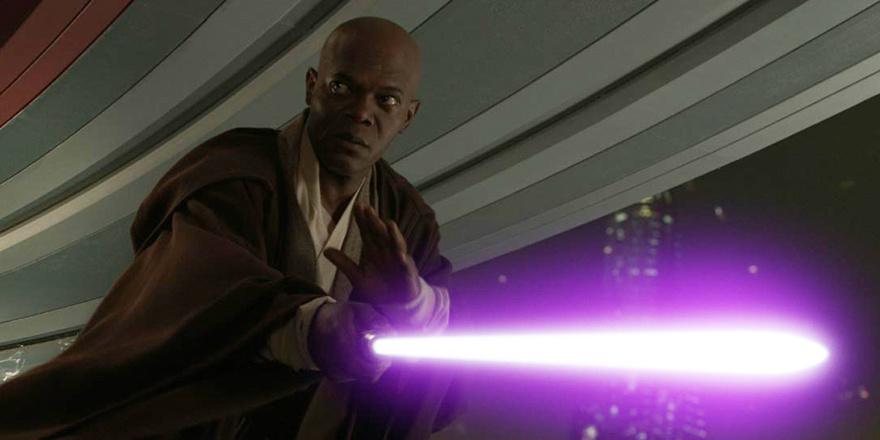 JEREMIAH: I mean, when I did keep him alive, it was so he could atone by giving his life for fighting the archdemon. So yeah, I would kill him.

PHILIP: You. Are. Merciless.

JEREMIAH: Meh. Mercy is for the weak.

PHILIP: Excellent. So, final question: why are villains cooler than heroes?

JEREMIAH: Well, in general they are what drives the story, kinda. A hero just stops what is going down, and the story moves along because the villain is trying to do villain things, usually.

A villain is cool because they can personify something human in the other extreme, where a hero personifies the “good” extreme. I think. Maybe villains are just more relatable.

In closing, I asked Jeremiah to make a haiku about Loghain:

JEREMIAH: Whew, that was hard. I was sweating.

Got a grasp of the definition of a villain yet? I sure the hell kind of certainly almost do. What did you make of Jeremiah’s thoughts? Let me know in the comments below, and make sure to join me next week for another interview!

5 thoughts on “Villainography: For the Greater Good”